Heading Out crushes opposition with a planet-sized ball 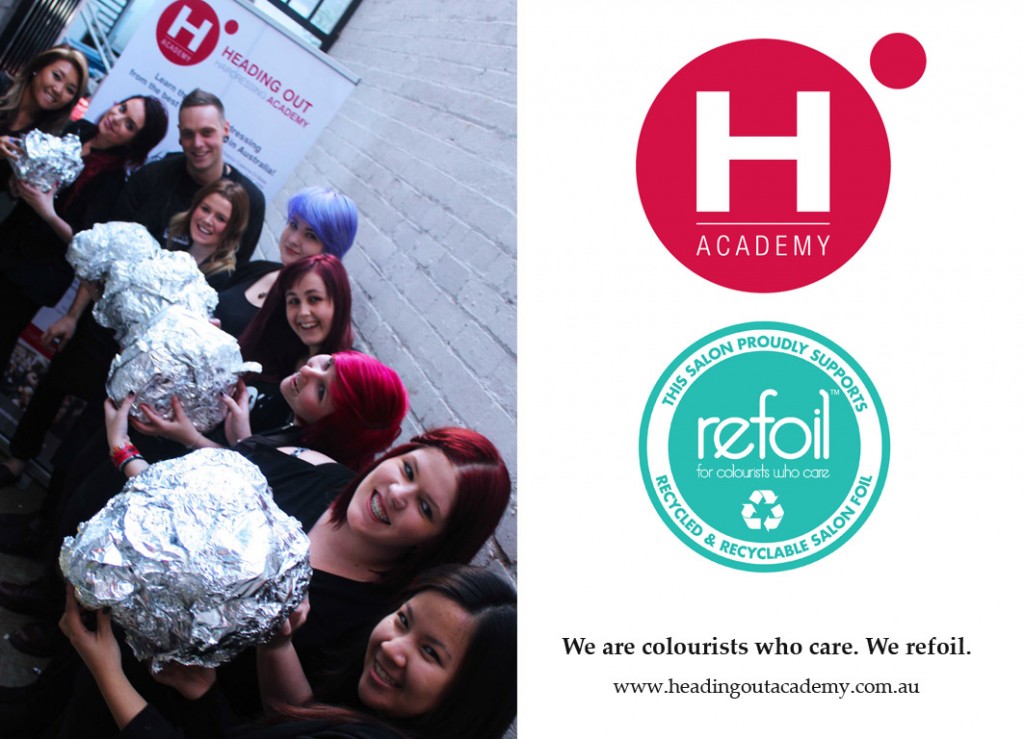 Some may have had their doubts when the guys at Heading Out started shouting that their balls were bigger than anyone else’s. But it’s true – and now we have the photos to prove it. Well, I guess we did ask, ‘How big are your balls’. But with one so huge – of such astronomical proportions that it took a whole bunch of their academy’s students to lift it – the guys have raised the stakes in our salon foil recycling challenge. It’s fantastic to have Heading Out with us. With an academy and five salons in the group, Heading Out goes through a hell of a lot of foil each month, and since it joined the Refoil family all of that lovely, shiny stuff has been heading straight to the recycling centre instead of landfill. Yeah! The balls can only get bigger. ‘Refoil has created an amazing opportunity for salons’, Caterina DiBiase told us. ‘Whether owners wish to save the money to buy new equipment for their salon or donate to charity as we do, it is a fantastic way of generating money on something that would otherwise just be thrown away.’ Heading Out has just had its first pick-up by its recycler, Inner City Metal Recycling, which took away more than 200kg of aluminium collected by the academy and salons, raising $160 for its chosen charity. It’s good news that the group has been able to share with its clientele, proving to them that everyone on the team is determined to help protect that biggest ball of all – our precious planet.

What are you looking for?